Fully Switched to Ting, And Loving IT!!!

My husband switched to ting four months ago.  We were on a family plan with Verizon paying $55-60/month together, and had previously talked about switching but had planned to wait till January when both our contracts were up.   But then his phone up and died on us.  We switched him to TING using a flip phone we got off freecycle.  We used a referral code so he started with a $25 credit so no matter what we would be ahead of the game.  Two weeks later he said, I'm buying a smartphone, ting is fine but not having a keyboard is not.  Up until then, both DH and I had dumb phones with a qwerty keyboard but that was it.

Since then, my dumb phone's speaker has stopped working for private calls, so all I can use it for is speaker calls and texting.  Therefore, I have been using google talk much, much more and since the person I text the most is my husband I have gotten used to using google chat for texting.  DH still has not paid a penny for ting because someone used our referral link and the first time one gives a referral one gets $50.  Every other referral is $25.  So, so far all DH has spent on ting was the phone, which he bought used for $120, and a case for $20.  I have still been spending $35/month and the savings of $20 has been going to pay off the phone and case.  We have budgeted $10/month for the phone costs but the case cost went into our miscellaneous spending.

This weekend I too bought a phone and case for the same amount of money (total $120).  Our bill now is $26 plus tax and since we set aside $10/month for phone costs, we will upgrade every other year, just like the big plans with AT&T, Verizon and Sprint, but for much, much cheaper.  $36 compared to $55-60 and to even get that low on Verizon we had dumb phones, another person on family plan and often we had to spend some amount for the phone (often less than $50).  I am not sure we could even find a similar phone to what I have without paying about $50 which adds an additional $4 expense per month.

Since Ting is on sprint's network I have not seen much difference and am loving the money savings.  This does require some preplanning and money upfront but for us it has been a win.  What do you do though, if you don't have the money up front?  Well, you don't have to buy the phone from ting, you can buy it from amazon and you can earn gift cards from swagbucks so no cash required.

It will take bit to earn the swagbucks needed, so start now with an extra 150 swagbucks. You will start a third of the way to your first gift card.  If you are unmotivated like I am, you'll only get about $5/month but if you are like some of my friends who are always running swag videos in the background and playing video games on their site, you can get about $25/month.  So it is up to you, can you afford a new phone and a cheaper plan by the end of the school year?  Let me know if you are up for the challenge.  If you are up for it, start off with a free $25 by using my referral code.
Posted by Frugal Student at 4:04 PM 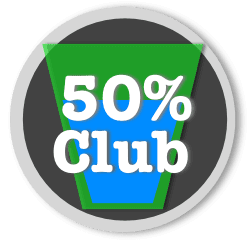 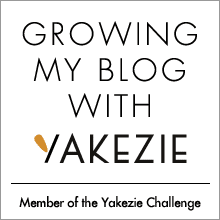